Mass Choir at the Mayoral Assembly 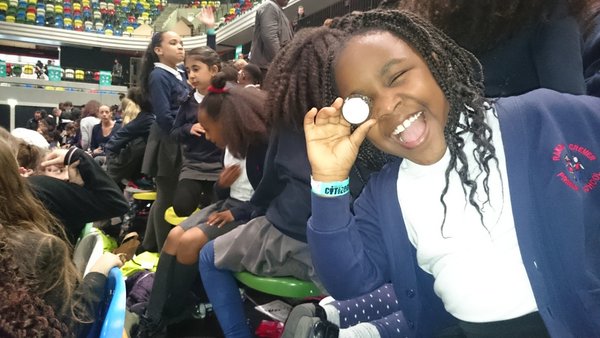 Mass Choir at the Mayoral Assembly

At Randal Cremer we believe that we are developing citizens of the 21st Century. We provide opportunities for our pupils and families to get involved in Community Campaigns through the work with Hackney Citizens.

On 28th April 2016, Pupils, Parents and Staff took part in the Citizens UK Assembly at the Copperbox Olympic Park. The email below was received from Caitlin of Hackney Citizens who co-ordinates the events.

I wanted to write to send a huge congratulations and well done to all of you who have worked so hard both in the run up to Thursday’s assembly and on the night itself : to those who led the listening work in each institution, ran our local borough meetings, steered the work across London, shared testimony, built teams, brought new people along, and have already been working hard on a number of important local housing campaigns (as well as others for jobs, energy and refugees!).

A particular congratulations to the fabulous singers in the massed choir from:

You did us in Hackney enormously proud!

I also particularly enjoyed watching a number of you dancing with great dedication during the March of the Key Workers! That was a particularly powerful moment for me – a reminder of your hard work and resilience. Significant commitments were made by both candidates and it was clear that the energy and commitment from the room was powerful.